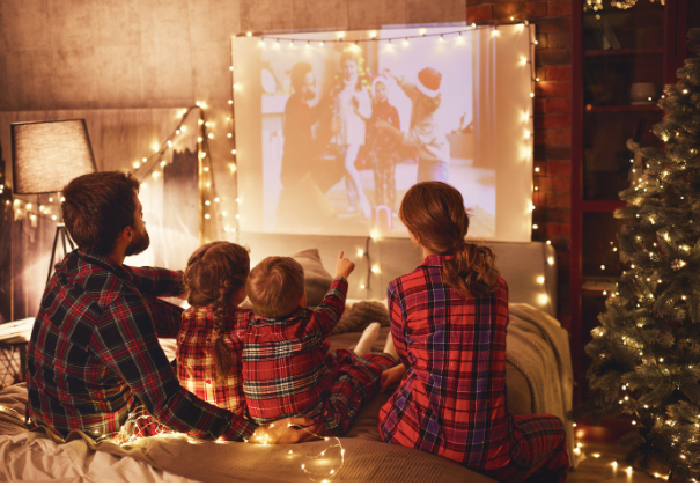 The radio is blaring your favourite Christmas tunes, and you’re finding yourself more and more inclined to snuggle up on the sofa for a movie night that features all of your favourite festive films. And, just like that, it’s beginning to look a lot like Christmas!

With so many incredible Christmas movies to choose from, you’re spoilt for choice, so to narrow down your options, we’ve listed our top picks that also happen to have the best soundtracks. So, warm up those vocal cords, and get your children ready to chime in, as the following films are sure to have you singing along in no time!

Keep reading as we reveal some of the best Christmas songs for kids – and the rest of the family.

There’s no snowman that can make you feel quite as warm and fuzzy inside as this tangerine-nosed favourite. The iconic snowy character was first introduced to children in a picture book — created by Raymond Briggs. The pages were later brought to life by Dianne Jackson, the film’s director and first aired for the British public on Channel 4 on December 26 1982. Since then, the film has become a Christmas classic and is famed for its beautiful animation, touching story and iconic soundtrack.

The movie follows a young boy, James, and his snowy companion as they form a friendship and fly to the North Pole. The theme for their flight is the enchanting song Walking in the Air, composed and produced by Howard Blake and performed by Aled Jones, alongside the Sinfonia of London. The song is eerie and magical, whilst perfectly encapsulating the thrill and fear that James experiences as he soars through the sky, gripping onto the snowman’s hand.

The Polar Express, released in 2004, was a revolutionary film of its time, since it used live-action motion capture animation to bring the characters to life. The film is based upon the 1985 children’s book of the same name, written by Chris Van Allsburg. This Christmas classic uses animation and an original soundtrack to tell the tale of a young boy who boards a train to the North Pole. The film’s soundtrack features fourteen tracks, six of which are songs that were originally written for the motion picture.

One of the film’s biggest hits is Believe, performed by Josh Groban, which was nominated for the Best Original Song at the 2005 Academy Awards. In the following year, the song was awarded a Grammy. Theming the adventures of the heroic boy and his friends, the soundtrack is a huge celebration of Christmas and is sure to get you and your little one excited about the big day!

If you want to educate your children on a Christmas literary classic, then this all-singing all-dancing Muppet’s rendition of Charles Dickens’ A Christmas Carol is the perfect solution. The film follows the traditional story of Ebenezer Scrooge who is spookily visited by ghosts of his past, present and future, in an attempt to transform him into a better, kinder person.

Of course, this film gives the tale a Muppets twist and you’ll see your favourite characters, including Kermit and Miss Piggy, tell the traditional tale and perform songs from the original soundtrack. Some of the soundtrack’s greatest hits include: One More Sleep Til’ Christmas, Christmas Scat and When Love Is Gone.

If you do get round to watching these musical Christmas films with your child this year, then be warned, as we can guarantee you’ll have their iconic tunes stuck in your head right into the new year!