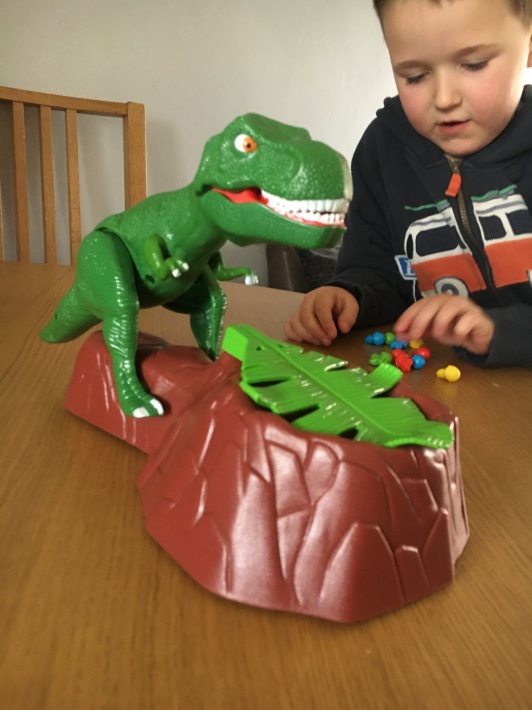 The Dino Babies are in danger from the rampaging T-Rex. Can you save them all before the DINO BITES?

Dino Bite from Drumond Park is a fun game for children aged 4 and over, although Sebby (2) enjoyed joining in too.

The game requires minimal assembly and two AA batteries before you begin and is super simple to play.

Each turn, players must roll a dice to see which colour Dino baby they have to save and then lift the giant leaf and sneaking out a Baby using the tweezers provided. The little ones found this a bit tricky so they used their fingers instead. 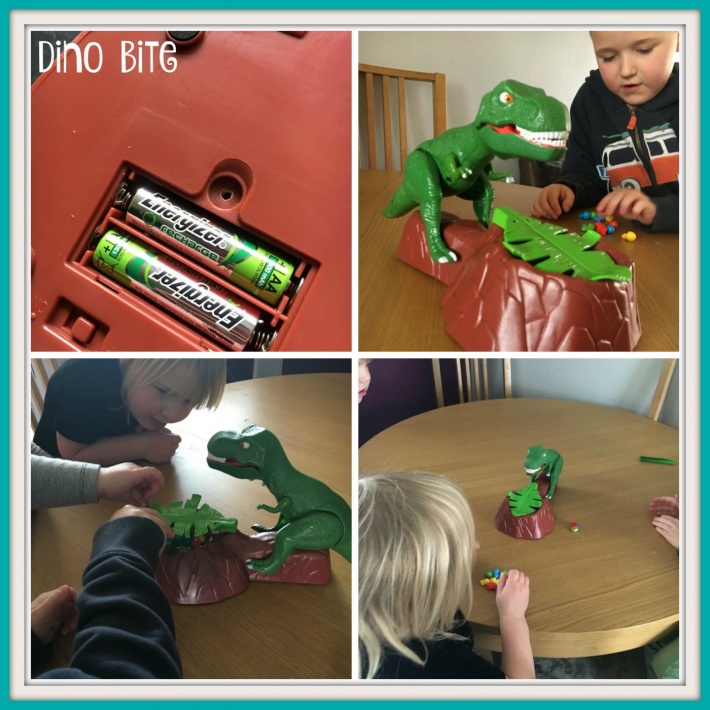 But beware! If the T-Rex knows you’re there, it roars out loud and lunges forward to scare you away from its next meal.

The dinosaur and its nest has realistic jungle noises and a big roar when it lunges to protect its babies. I had thought the kids would find this scary but although it makes them jump, they were not worried by it.

14 thoughts on “Can you save the Dino babies and avoid the Dino Bite?”