My kids love playing Pirates and we were very disppointed when our ELC Pirate Ship finally succumbed to years of playing with and had to be thrown away last year, so you can imagine their excitement when I told them we were getting the new Imaginext Pirate Ship to review which is exclusive to Smyths Toys. 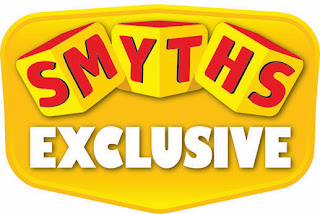 The Pirate ship arrived just before we went away, so I kept it hidden away in its box waiting to be revealed once the excitement of Christmas and all the new toys had evaporated.

The Imaginext Pirate Ship is a play set with several disk driven features features including figure-activated sails, a working anchor, sword fighting an extendable plank and firing cannons. It comes with two skeleton pirates, helmets, shields and three projectiles and is aimed at ages 3-8 years. 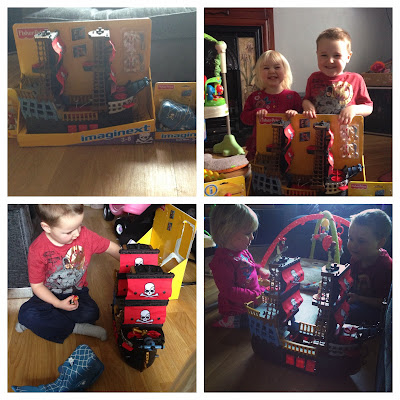 The Pirate Ship is a huge hit with Isaac and Eliza.  I love the fact that it comes with footplates to indicate where to put the characters where they can make something move e.g turn the disc to make the plank extend, bring the anchor up or bring the sails down. 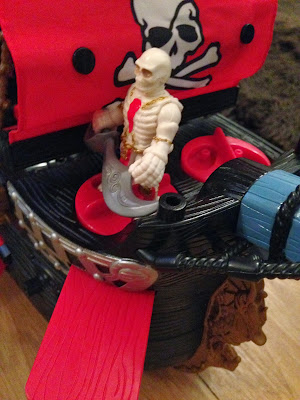 It also comes with lots of small pegs dotted around the ship where you can attach the characters so they don’t fall off. 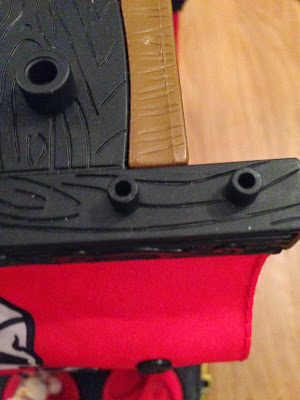 The Pirate Ship  is on wheels for easy movement and gently rocks when pushed as if it were sailing on choppy seas and because all the characters can be securely attached they don’t fall off. 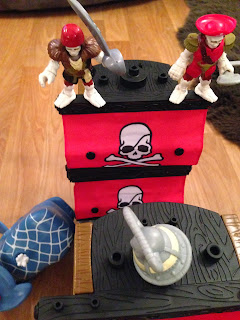 The ship and the additional accessories are fantastic for imagination play and developing fine motor skills.  The working canons are great although I have had to lift the sofa a few times as they have flown underneath it.  The red base can be pulled back to reveal the canons and they are simple to fire even when in the ship. 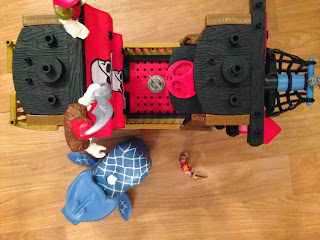 The canons can be moved to fire from both sides too. 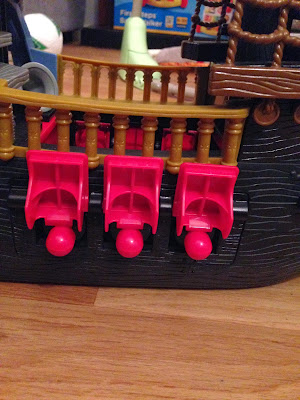 We were also sent some extra Pirate figurines and the Imaginext Pirate Whale Vehicle which comes with a Pirate that you can sit on its tail.  It has wheels on its base and flaps its fins when pushed along.  Push a button on its back and a water spout flies up into the air and you can make its jaws open and close – both fabulous additions to the set and you can battle for hours! 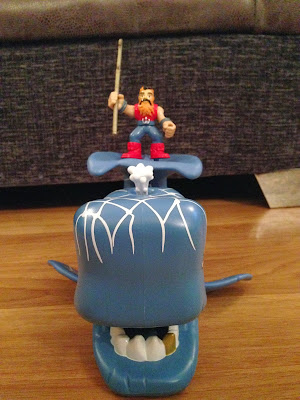 I really cannot fault this set, it is a hit with both Eliza and Isaac and I am positive that we will have many hours of fun with it.  As with all Imaginext toys it is built to last and can see Sebastian taking over as Captain as soon as he is old enough.